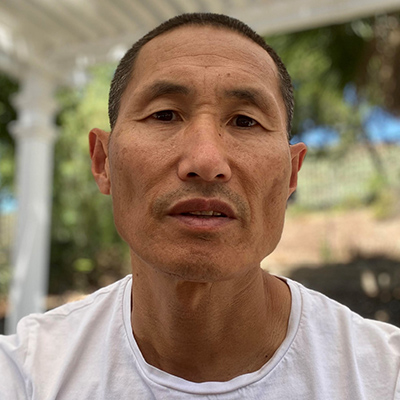 Longbin studied at NW University in Xi’an, China, where he graduated with a BS in Analytical Chemistry in 1983. After three years teaching chemistry lab, he went to Columbia University and completed his PhD in Organic Chemistry in 1991. He then embarked on the total synthesis of FK506 (Virginia) and the synthesis of Paclitaxel (Columbia) during his postdoctoral work. Since joining Amgen in 1996, he has been involved in the Medicinal Chemistry discovery and optimization in the areas of Inflammation, Oncology, Metabolic Disorders, and Neurodegeneration. He has acquired extensive experience in both Structural Based Design and Parallel Synthesis. His effort and insight contributed to the discovery of seven clinical candidates. He was a lead chemist of the TMEM16A program who designed and synthesized hundreds of analogs for various chemical series, including the salicylanilide series for which niclosamide is a member.  Longbin joined CHDI in 2017.