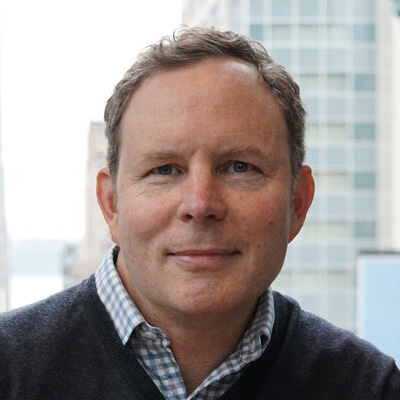 Dirk Smith is a  co-Founder and VP of R&D at Aeon Respire. He has over 25 years experience in the biopharma industry and is an expert in inflammatory disease and early stage drug development. He was previously a Scientific Director in the Inflammation Research group at Amgen where he led research programs from discovery to clinical testing for autoimmune and inflammatory disease. He also led Amgen’s early asthma pipeline and was the Global Research Lead of the IL33-directed asthma and COPD clinical-stage program, AMG 282/MSTT1041A/Astegolimab. Prior to Amgen, Dirk oversaw target discovery programs at Immunex and basic research at the Fred Hutch Cancer Center. Dirk also co-founded the Cascadia Drug Development Group in 2016, a Seattle-based biotech consultancy that provides strategic input and drug development support.

Dirk has expertise in respiratory disease, human immunology, genetics and large and small molecule pharmacology. He has published over 50 scientific research and review articles, and been granted several patents. He serves as a committee member for WSU and Fred Hutch commercialization funds, contributes to the Life Science Washington Institute’s startup mentoring program and is an Officer of the Inflammation Research Association. He has taught a course on Drug Discovery for the University of Washington Master’s program in Pharmaceutical Bioengineering. Dirk received his BSc. in Microbiology and Molecular Biology from Washington State University and his MSc. in Genetics from the University of New Hampshire.